A Short History Of Chemtrails

The British explorers of the Egyptian tombs and pyramids during the late 1800s and early 1900s found many things that were strange and beyond comprehension at that time.  A lot is still beyond comprehension.  The representations of technology among the Egyptian stone carvings are various and many, and it can only be surmised that we are looking right at preserved representations of ancient technology to this day, but are still incapable of understanding.  There are renderings among the Egyptian symbology and alphabet (and in many other symbologies and alphabets as well) that at one time represented technology.

The land below the ice at the poles has always been coveted in this present world.  The fact that the land below the Antarctic Ice Sheet unnaturally resembles an island off the east coast of South America on a map from 1513 makes it all the more enticing.  No one in the real world knew any of this until Charles Hapgood noticed and wrote to the Navy about it in the early 1960s, right after the first unclassified radar mapping of the land below the ice at Antarctica.  The 1513 map maker Piri Reis drew a lot of his info from "Ancient Sources", maps saved in libraries from ancient times.  The Nazis looked deeply into Antarctica, but they are just one group of many,  they actually had some legitimacy about themselves, the world knew them, whereas most of the royal treasure hunters take great care to hide their identities, and to hide the fact that anything like ancient lost technology even exists.

So under the polar ice there is a lot of Gold, Oil, and other things that the global royal elite treasure hunters like to search for.    Rare informations led to others, and it was during the 70s that this group accessed an underground hall near or under the Sphinx which was very much like a key to many other things.  The real reason for the Gulf Wars.

It is probable that this is how a lot of modern technology has come about, including some of the atmospheric engineering we have seen since 911.  Needless to say that this has all been kept secret, and the mass merrily led away from anything even remotely resembling truth, led away with a bunch of bullshit superstition and bad religion, plus very shoddy learning techniques perpetrated intentionally by penny people.  They do not care about truth in reality, they only care that they are the ones defining it for the rest of us.

All those bothersome ice sheets are going away now, in a carefully contrived and willful happenstance that  has taken a long time.  It is probably fool hardy in the extreme, and still secret, therefore deniable, like all the maneuverings at that level of human endeavor.

Secrecy is schnookery.  It always leads to tyranny.  The bane of the race.  People who work for secrecy are just conspiring for an advantage, because they lack creative thinking, and the ability to innovate, so they must steal it to remain dominant.  They are very good at what they do.

The fact that some of these treasure hunters have been "Educated" ie Conditioned to accept the world as it is told to them, does not change the fact they are treasure hunters, they are just digging it up for other people, the people who sponsor them.  At least today these treasure hunters make good records, but not always so.  The earliest archaeology books all read like pot hunting manuals, and everybody has always been after the gold, the fame of it.  There can be little doubt of this by anyone with half a brain.  What the great defining elite say on tv, and in their conditioning centers (schools) is one thing, what is real is another thing entirely.  The information shared among a few powerful families has been handed down quietly from generation to generation, it is severely restricted information, but readily evident now the net is here.

So for years scientists have put on their thinking caps to try to figure out how to melt the ice at the polar caps.  Through experimentation and probably some help from ancient sources, it was found that long lines of reflective particulate sprayed from airplanes would focus vast amounts of sunlight on selected spots of the earths surface, becoming even more light efficient as they spread out, forming charged plasmas, a new paradigm in solar power.   Some very novel effects are possible when that happens, effects such as the simulation of a nuclear blast without having to detonate a warhead.  Some of the earliest experiments in aerosoled particulate plasmas were achieved in crop dusting.  Experimentation with this technology as radio enhancement, and its ground effects on people began in world war two.  Over the horizon electronic sensing became feasible and controlled.

The first real picture I have of intentionally sprayed particulates is over Buchenwald Prison Camp, 1945, and were obtained from the Holocaust Museum.

The next pictures I have of aerosol technologies being tested came after World War Two, and though I am sure my pictorial record is not nearly complete, I am surprised it comprises what it does.  There were also, along the way, and seemingly, people who knew about this technology because of some sort of inside knowledge, or just people who observed it very early, and thought it would be a good idea to preserve it photographically.  Big Joe at chemtrailcentral.com is a Railroad fan and had some early books by other RR buffs of now obsolete engines and trains cars.  One of the sources in particular included huge chemtrail events in many of his pictures, some of the first chemical inundation attempts here in America, over cities, and it was all in the 1950s and 60s.  We all still have a lot of
these pictures stashed.  I have one where there are chemtrails over the arctic, and george bush senior, a real proponent of the technology, has used it melt glaciers to get at ancient creekbeds and the gold nuggets within, down in Chile, and he is a hero in Greenland because of the ice melting there.  Just so you know.

Many movies show chemtrails in the background, from times long before anything like chemical trails were considered even possible.  What?  Spray stuff on Americans?  Never happen.  In Diamonds Are Forever a huge X has been sprayed over Las Vegas NV in two scenes within the movie, and that was from 1971.

In the early 1990s National Geographic did a special edition on water, there are some chemtrails in the pictures in that magazine, in the skies over the western United States, and it is thought this was intentional.

Around the same time the midwest American farmers were being defrauded of their land by banks and legislation in the 1970s, a lot of chemtrail activity began there and was noted by them.  Those farmers said it brought drought.

I noted my first chemtrails over Macdill AFB in the late 70s and early 80s, I was told they were from spy jets flying out of Cuba, a lie.  Those thick fat lines of experimental particulate chemicals were large enough and sick enough for me to take notice of them then, and when it all started in earnest after 911 I picked right up on it.  I took my first chemtrail pictures less than a month after 911.  Carnicom.com was the first chemtrail site I found, around 2001.

This is either remediation for an attack, or an attack in itself.  Probably a feint within a feint within a feint.  Trying to get info from official sources is strictly limited to unclassified patent information, no politician wants to take responsibility for this, and they deny deny deny, as well as the police, whenever its pointed out to them.   The question out here in the Western United States 2021 AD is this:  did ENMOD make such a mess that the damage is permanent, or does the technology really work and the world government is holding it back to coerce?  And which is worse?  Talk about a no win for the people, shit.

Environmental Modification is a fraud op, to steal secret money meant for the people, but kept from the people, possibly having to do with a class action suit against banking on behalf of Americas farmers. As usual it has turned into a political looting match among the insiders and royal treasure hunters who seemingly know better than anyone the fate of Humanity.  Oh yeah, they know alright.  These insiders actually believe they did nothing wrong in defrauding Americas farmers, while creating a police state, and doing everything possible to keep everything secret.  This has been a huge money conduit to South America, bush saw to this.  bush is a super traitor and his whole family are just royal moles pushing a police state and a slave military.  911 was their coup.  Fraud is their brand. 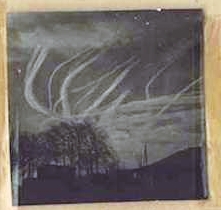 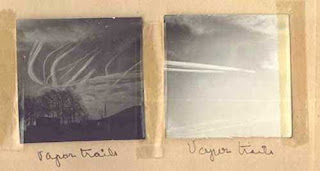 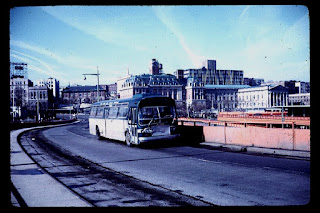 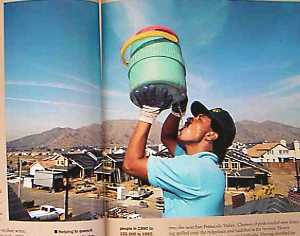 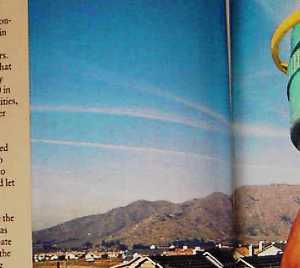